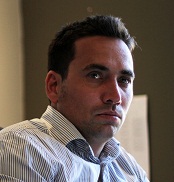 I’m an Internet entrepreneur, and part of a new wave of business creators spurred on by the invention of the Internet almost 20 years ago. When I was a university student, the “entrepreneurial way” wasn’t really a popular option. We were encouraged to join big companies, and being an entrepreneur was commonly frowned upon.

Back then we were not exposed to, encouraged or equipped with the tools to follow the “other path,” which included starting your own company, raising capital for it and doing what entrepreneurs do best— creating something out of nothing and following their own destinies. Startups weren’t popular or sexy, and universities weren’t geared toward equipping students with entrepreneurial resources.  Today, of course, it’s a very different scenario.

The idea of creating one’s own startup is more popular, and universities are where some of the world’s best startups have been founded: the ubiquitous Facebook, the behemoth that is Google. In fact, the very success of centres like Silicon Valley is ascribed to relationships with universities. In Silicon Valley’s case— Stanford. And it’s in these environments—which encourage creativity, innovation and original thought with few Maslowian restrictions—that some of the world’s highest-profile technology multinationals were founded.

There are “Silicon Cities” popping up all over the world, hoping to mimic the high-tech success of centres like Silicon Valley. For example, in Cape Town, a city at the very tip of Africa where I’m based, the phrase “Silicon Cape” is catching on fast. It describes a movement and community of Internet entrepreneurs in a geographical location that want to make the world a different place. I was a late bloomer to entrepreneurship. I joined the corporate world after university, working there for 15 years before plucking up the courage “to jump” into entrepreneurship. When I finally made the decision to start my own company, I felt that sense of community in the “Silicon Cape.” In fact, living and working in the city helped me take that leap into the unknown.

Cape Town is home to many world-class Internet companies, such as Naspers, a US$35+ billion multinational Internet company. This former newspaper company transformed itself into an emerging markets tech giant with significant shares in companies like Tencent and, at one stage, Facebook. If you had invested US$10,000 in Naspers 19 years ago, it would now be worth about US$2.5 million. Another example: Mark Shuttleworth, Ubuntu’s creator and the world’s first Afronaught, sold his company for a whopping US$3 billion about 10 years ago. It was started in a Cape Town garage.

Hundreds of new e-commerce companies, digital agencies and online-publishing operations have sprung up in Cape Town in the past 10 years, including Takealot, Kalahari, YuppieChef, Safari Now, the social network Mxit and some large digital agencies with unusual names, like “Quirk,” “Gloo,” “Clicks2Customers,” “Hello Computer” and “Native,” enterprises that now rank in the hundreds of millions, among others.

Why all the growth in Cape Town? Because the new Internet geek is mobile, can work anywhere in the world and chooses to work in cities that are beautiful. The well-known technology site, Nextweb, recently hosted “Startup World” in Cape Town, one of 10 startup destinations around the world where entrepreneurs pitched their ideas to judges. Cape Town was also recently voted “Design Capital of the World,” and Table Mountain as one of the “Seven Natural Wonders of the World.” What’s more, the thriving city was listed in The New York Times‘ “List of Hip Cities” in November 2011.

All of this is why we find ourselves in beautiful, breathtaking Cape Town, where there exists a thriving ecosystem for entrepreneurship and innovation. I’m a relatively recent immigrant, and have never looked back. About three years into my Cape Town journey, our company has created 28 jobs, accumulated revenues of more than R30 million and now offers a suite of online brands that form one of the top sites in the country: Memeburn.com.

Being an entrepreneur shouldn’t be romanticised. It’s not a lifestyle choice or a calling. Instead, it’s a relentless itch to make a difference and impose on the world. From the interactions I’ve had, from what I’ve read and what I’ve seen in myself, I believe there is one quality all entrepreneurs possess, one that cuts through them all: a sheer persistence to realise your idea. You have to have the willpower to make your ideas a reality, even in the face of naysayers, critics, challenges, obstacles and the impossible.

The true entrepreneurs are doers, not dreamers.