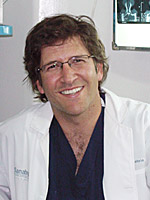 As a plastic surgeon, I deal with unexpected complications on a daily basis. It’s the nature of the job, not to mention a big part of being an entrepreneur. To excel in business, you have to learn how to overcome challenges and gather as many lessons learned as possible along the way. Last year, I was faced with a dilemma that really put me to the test. The crisis occurred when we learned that we had to change breast implants in more than 600 patients due to an unexpected product recall from French authorities. As you can imagine, this presented a major obstacle: Not only did we have to unexpectedly operate on hundreds of patients, but we had to ensure that every operation went smoothly, all while sticking to a strict time frame. The pressure was on.

It was in this incredibly stressful period that I recalled the power of “Wei Ji,” which means “crisis” in Chinese. During a previous trip to China, I became engrossed in the culture and language of the region. With more than a billion people with different social and ethnic backgrounds, they all rely heavily on the written language. I learned that in Chinese, instead of having letters that make words, each character operates as a logogram, and two characters together can have a new meaning. For example, there’s a character for “fire” and a character for “mountain;” together they mean “volcano.” Wei Ji is the union of two characters: “danger” and “opportunity.” This wise, ancient culture realized that during a moment of crisis, there exists opportunity.

In order to consider a problem a crisis, it has to come as a surprise, exceed the resources that are normally used in day-to-day activities, change the status quo and threaten the person or the organization from a structural or financial standpoint. In my case, our reputation was on the line. We had to find a solution— and fast. We started by developing a contingency plan to handle the patients that wanted to see us right away. We also informed our patients of the recall, published the scientific information we had—to help counter the hysteria brought about by the media—and asked our patients to contact us for more information. And then the hard work began.

To successfully counter the crisis, we had to change the way we worked. We had to be creative and flexible, all while keeping enthusiasm on the team high. We hired additional staff, worked 14-hour days for 13 consecutive days and scheduled surgery for 250 patients in the first two months. In the end, we survived the crisis, and even learned a few valuable lessons along the way. We learned that the first step to success is to not treat yourself like a victim. When you do, you lose focus, procrastinate and fail to find solutions as quickly as possible. I also learned that in order to come out stronger in the end, you need to learn how to bounce, not break. Finally, I discovered that if you do the right thing with honesty and care, you will greatly increase your credibility and reputation.

It’s been more than a year since the crisis, and I can honestly say that we’re better off as a company for it. In fact, we now enjoy a higher degree of trust and fidelity from our patients, respect and acknowledgement from our colleagues, and an extraordinary sense of pride among our staff. All because we kept calm, focused and stayed flexible during a time of immense challenge. In the end, I realized that if you have clear goals in life, you can meet any challenge, overcome any obstacle and enjoy life’s ups and downs. So the next time you’re facing a crisis in business or beyond, think of Wei Ji and remember that an opportunity is waiting for you around the corner.

Freddy is the owner of a plastic surgery private practice and the president of Otofon, a medical company that specializes in improving beauty and self-esteem through a variety of surgical and non-surgical procedures. Fun fact: Freddy has already purchased tickets for the 2014 World Cup final in Brazil! Contact Freddy at [email protected].

You can read the original post and browse other member articles on Octane.

4 Responses to “ Find Opportunities in Crises ”